Who are the newly co-opted MLAs?


We profile the newly co-opted MLAs replacing those party colleagues who recently made the move from Stormont to Westminster.

The electoral success of the DUP and Sinn Féin in last month’s general election created five new vacancies for MLA positions at Stormont. The Northern Ireland (Miscellaneous Provisions) Act 2014 put an end to ‘double jobbing’ and prevents an MLA from holding office simultaneously as either a member of the House of Commons or Dáil Éireann.

Sinn Féin took the opportunity to introduce four new faces into the political limelight, whilst the DUP chose party stalwart and erstwhile MLA Trevor Clarke, who had lost out in March's snap Assembly election.

It remains to be seen if any of the five will get the chance to exercise their legislative functions as a Member of the Legislative Assembly, so, as we wait, let’s take a closer look at the new co-optees. 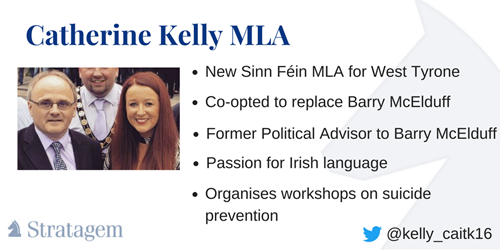 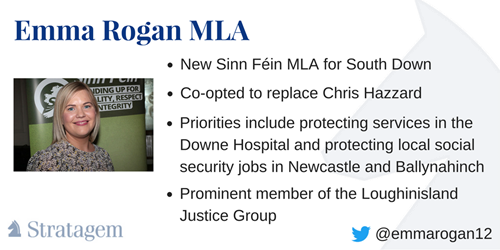 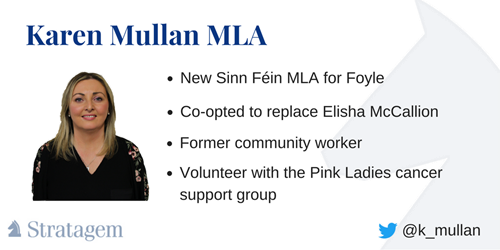 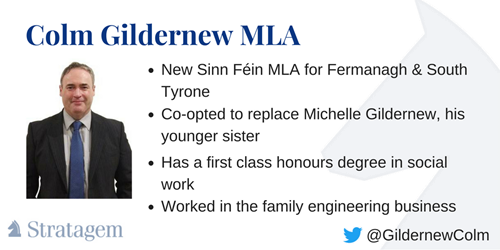 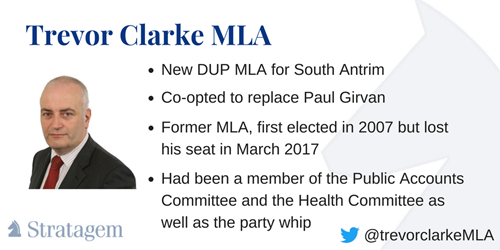